Tasmanian devil is the largest of the marsupial, which is a carnivore. Fossils found widely across Australia prove that they were once widespread across the mainland Australia. That was about 400 years ago. Now they are available only in the island state of Tasmania. The Tasmanian devil is the size of a small dog with a muscular built. They have a very loud and disturbing screech, which sounded like a devil at night.

Tasmanian devil looks like a small dog and weighs around 6 to 8 kilograms. The world’s largest carnivorous marsupial has a thick dark fur, with broad head and a short thick tail. Their fur is mostly black with often-white patches at the chest and rump, which gives them the appearance of a baby bear. They are characterized by a muscular body with longer front legs and shorter rear legs, have pungent smell and are ferocious while feeding. Tasmanian devils have strong teeth and can be the most powerful bites through the bones. Their loud screeches made them sound like devils at night to the early settlers and hence were named devil. 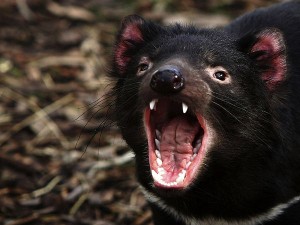 The males are larger than the female devils. The average length of the adult male would be around 25.7 inches and the length of the tail would be 10.2 inches. The Tasmanian devils store their body fat in their tail. They have large head and have a considerably strong teeth and jaws. It has long whiskers allowing it to detect prey during the dark. Their vision is the strongest during the dawn and dusk time.

Fossils found claim that Tasmanian devils were found widely across the mainland Australia. However before the European settlement about 400 years ago, due to the widespread dingo and aridity, the devils became extinct in the area. Bas Strait prevented it from entering Tasmania and hence the devils became an icon of the region.

The Tasmanian devils raided the poultry yards and caused a lot of nuisance due to which the European settlers of the Hobart Town to remove the devils introduced a bounty scheme. Poisoning and trapping the devils headed to extinction of the devils until the law protected them in June 1941, after which their population started growing gradually.

Tasmanian devils are found widely across the eastern, central and northern Tasmania, living in the eucalypt forest and the coastal scrubs. They are also found near the human settlement. 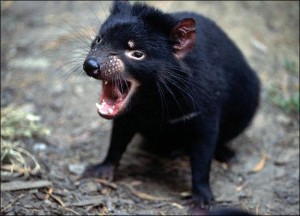 Tasmanian devils are mainly found at areas of low to moderate annual rainfall, from the coast to the mountain, distributed throughout the eastern, central and northern Tasmania. They prefer the coastal woodlands and the dry sclerophyll forests. They avoid the high altitudes and have very low population at the button grass plains on the southwestern part of the state.

Tasmanian devils are nocturnal creatures; they hunt during the night and spend the entire day in their den or a hollow. Young devils are active during the dawn and dusk. They are considered to have adapted this behavior to avoid being attacked by the predators.

Young devils have the ability to climb trees than the adult ones. The devils can swim even in the icy cold-water bodies. Tasmanian devils produce a pungent odour when they are threatened, however they do not smell when they are relaxed.

They become excited and frantic when attacked by a predator. They become very aggressive when it comes to food and they growl and screech trying to scare the other devil off the carcass. They have an excellent sense of smell and use their long whiskers to detect preys and they eat everything that they can lay their teeth on. They devour the entire carcass and do not leave anything including the fur or the bones.

Tasmanian devil is a scavenger and they eat the carcasses more often then hunting their own prey. They have powerful jaws, which enable them to devour the entire carcass; the fur, bones and meat without leaving anything to pollute the environment.

They can hunt down smaller prey like rodents, lizards, snakes, lambs, frogs etc. Their food habit depends upon the availability of food in that area. They attack the animals which have slowly down due to illness else cannot match the speed of the rabbit and other fast animals.

Tasmanian devil becomes sexually mature during its second year. They become fertile once in a year. Preys are abundant during spring and early summer. The devils mate in the march and give birth after a pregnancy of about 21 days so that when the young devils are roaming freely, they have maximum amount of food supplies.

The devils mate at sheltered location. The males would compete with each other to get the female and the female mates with the most dominant male. Infidelity is common in both the male and female, hence the male guards the den after mating. 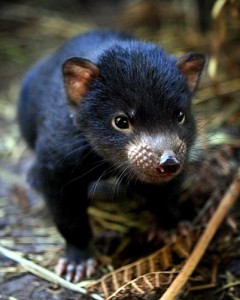 Gestation is for about 21 days. After about three weeks of pregnancy, the female gives birth to 20 or 30 young ones. The baby devils are called “joeys”, “pups”, or “imps”. They are born deaf and blind as the raisin sized pups crawl their way up to the fur and then inside their mothers pouch. Since the mother has only four nipples to feed the pups, only a handful of the pups survive.

The mothers carry the pups for almost four months, after which their mother leaves them in the hollow while they go out in search of prey. After about six months, the pups ventures out independently. If they survive the growing period without falling prey to the adult devils or its predators, then they can live up to almost 8 years.

With the hostile image that they have, Tasmanian devils have very little records of captivity breeding. The female devils retain more stress than the male in captivity. The export of the devils is restricted hence they can be seen in captivity only in Australia and in the zoos across the world.

During the 1990’s a catastrophic disease known as the Devil Facial Tumour Disease hit the population of the devils. Since 1996, this fatal disease led to the decline of about 20% to 50% of the devil’s population. The signs of the disease were first reported at the northeastern side of the state. The Western coast and the Northwestern side were the only places, which were free from this fatal disease.

This rapidly spreading contagious disease caused large lumps around the mouth and head of the devil, making it difficult for it to eat. Eventually they would die of starvation. The infected devil would subsequently die within a month.

Steps were taken to prevent this fatal disease from spreading across. The wild Tasmanian devils were monitored; they were trapped and checked for the presence of the cancer. The same area was monitored periodically to detect the spreading of the disease. At areas where the disease had not spread, the animal health experts are focusing on captive breeding of the devils and the ones infected were treated. 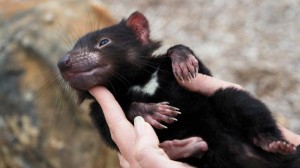 Tasmanian devil were abundant throughout the mainland Australia, however had become extinct due to aridity and dingo. Available only in the state of Tasmania, the iconic status that the devils hold now, were not the same earlier. They were considered a nuisance and were trapped and poisoned to the verge of extinction. Later they were protected by the law.

Threatened Species Protection Act 1995 of Tasmania incorporated the Tasmanian devils as the endangered species in the May 2008. Due to its increasing vulnerability the Threatened Species Scientific Advisory Committee reviewed the species list and upgraded the Tasmanian devil as the endangered species. In earlier days, the Tasmanian devil’s population was controlled by the availability of food, hunting down by its predators etc however there was a major decline in their population during the 1990’s where a fatal tumour infected almost half the population of the devils. Animal Health Act gazetted the disease as List B notifiable disease. 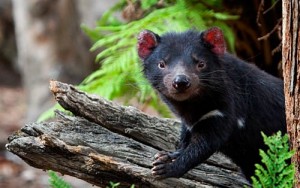 Tasmanian Devil and Its Cultural Reference

The iconic animal of Australia, especially Tasmania, it has been symbolized by national parks, football teams and to promote tourism. Tasmanian National Park and Wildlife Service has the devil as its symbol and also the Tasmanian Australian Football team who played in the Victorian Football League was named after the Devil. It has been once a part of the National Basketball team too. Several cartoons, films, books and documentaries have focused on the Tasmanian devils.