The Southern Right Whales are one of the three Right Whale species in the Eubalaena genus. This Baleen Whale species can be easily distinguished by the presence of the callosities on their heads. They are a close relative of the North Pacific Right and the North Atlantic Whales. These whales are mainly found in the Southern Hemisphere.

The scientific name for this species is Eubalaena australis.

Their appearance is very similar to that of the North Pacific Right Whales and North Atlantic Whales. But there are some differences in the scull structure of these three species. Here is a general description of the whales of this species:

Size: The males can grow between 11 meters to 18 meters while the females grow up to 15 meters in length. Their calves are approximately 5.5 meters long.

Weight: Their weight ranges between 40 tons and 70 tons. The calves weigh around 1.5 tons after they are born.

Color: They are generally dark grey or black in color. Their bellies are sometimes marked with white stripes and patches.

Body: Southern Right Whales have large and stocky bodies with long wide flippers. They do not have any dorsal fins.

Baleen Plate: Dark baleen plates are attached to their upper jaws. There are approximately 225 plates situated on each side.

Tail: Their tails are generally black in color. The deeply notched tails have smooth trailing edges. 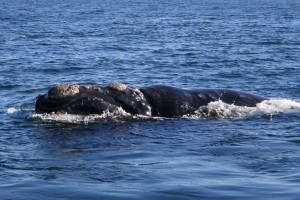 This species is native to the southern regions of the Southern Hemisphere. Their distribution range extends form temperate to polar latitudes. They are found in latitudes between 20 °S and 60 °S. The areas of distribution include Brazil, Falkland Islands, False Banks, South Georgia, Shag Rocks and Antarctic Peninsula. The northern range of their distribution includes the coasts of South Africa, Australia, New Zealand and Argentina.

These mammals migrate to the northern regions of their distribution range for breeding. Migration takes place in winter and spring. During migration, they are mainly seen in the coastal areas of Australia, New Zealand, Argentina, Chile, Mozambique, Namibia, Brazil, Peru, Madagascar, Uruguay and South Africa.

Southern Right Whales inhabit open waters in the southern hemisphere. They tend to stay in habitats with abundant prey populations during the summer months. During winter, they generally live in coastal areas.

They primarily feed on zooplanktons such as krill and copepods. These baleen feeders hold their mouth open and swim through zooplankton patches. Their baleen plates filter the food from the water. 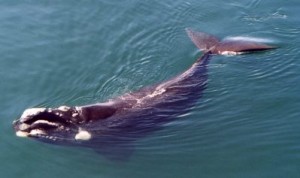 Find about the behavior patterns of this whale species:

Large Sharks and Killer Whales are known to prey on the Southern Right Whales. Kelp Gulls are also known to feed on live Whales of this species. This predatory behavior is mainly seen in various regions of Argentina.

Their adaptive features help them to survive in their natural habitat.

The mating season continues from June to November. The Southern Right Whales are known to reproduce in alternate years.

They become reproductively mature between 6 and 10 years of age. Several males can mate with a single female. The female Southern Right Whales give birth to one calf after a gestation period of a year. The females arrive near the coast lines to give birth to their calves. 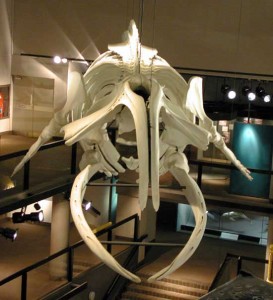 The females feed their calves with milk for approximately 1 year after their birth. Their size and weight increase considerably during this period. The young Southern Right Whales move to the nutrient rich waters of Antarctica once they become old enough. These whales maintain long term mother-calf relations.

Their exact lifespan is unknown in the wild. But they are believed to live above 50 years.

Here are some interesting facts about this Whale:

This species is included in the “Least Concern” Category by the IUCN. Their populations are protected by various laws in many places including Australia, Argentina, Chile, Brazil, South Africa and New Zealand. The main threats to the Southern Right Whales include fishing and coastal developments.

Here are some images of these amazing Whales. 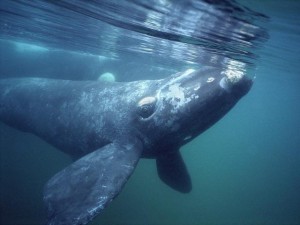 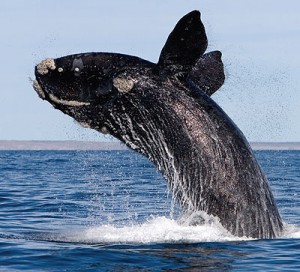