Northern Hairy Nosed Wombat is one of the three living Wombat species found in Australia. The animal is also known as “yaminon”. It belongs to the Marsupialia or Marsupial infraclass. This species was once very widespread in different parts of Australia including Queensland, New South Wales and Victoria. But, at present the Northern Hairy Nosed Wombat populations are declining alarmingly, making it critically endangered.

The scientific name for this mammal is Lasiorhinus krefftii.

Here is a general description of this species:

Size: These mammals grow up to 35 cm in height and around 1 meter in length. The females are larger than the males due to their extra fat layer. Female Northern Hairy Nosed Wombats also have backward facing pouches to keep their newborn babies.

Weight: Their weight ranges between 30 kg and 40 kg.

Color: The animals are mainly brown in color with grey, black and fawn blotches.

Fur: They are covered in soft and silky fur coats.

Head: The Wombats have large heads with long, pointed ears and small eyes. They have long, wide and flattened muzzles. Their eyes are circled with dark patches. They have whiskers growing from the sides of their noses.

Legs: The legs of these animals are short and powerful. The large forepaws have strong claws that are 5 cm long.

They are mainly found in a 300 ha range in the Epping Forest National Park, central Queensland. Another colony of this species has recently been established at the Richard Underwood Nature Refuge, Yarran Downs in southern Queensland. 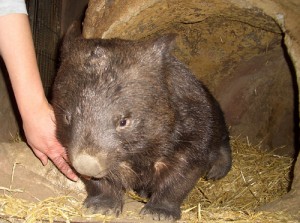 The Northern Hairy Nosed Wombat prefers to live in sandy and dry areas with water bodies. Their habitation area includes grasslands where there are scattered acacias and eucalyptus trees and scrub patches.east inflatables australia warehouse

This herbivorous mammal generally feed on grass and the roots of various trees.

They have a very interesting behavior pattern:

Dingoes are the main predators of this species.

Their adaptive features help them to survive in their wild habitat: 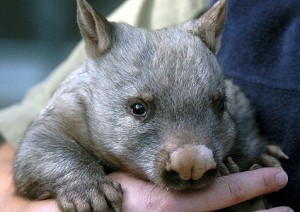 Their mating takes place during the rainy season between the months of October and March.

Female Northern Hairy Nosed Wombats become reproductively mature at 3 years of age while the males attain sexual maturity when they are 2 to 3 years old. The females generally give birth to a single offspring at a time. But, in some rare cases twins are born. The gestation period for this species lasts between 20 and 22 days.

The babies are born very small and underdeveloped. They weigh around 2 gm and are 2 cm long at birth. Their eyes and ears are closed after birth and their bodies are not covered with fur. But, they have a strong sense of smell. The babies climb into the pouches of their mothers immediately after they are born. They remain in the pouches for 6 to 9 months and leave their mother once they become 1 year old. The young Wombats start eating solid foods after coming out of the pouch. Their weaning takes 1 year to complete.???? 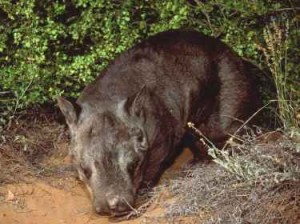 The lifespan of this species ranges between 12 years and 20 years in the wild.

They are included in the “Critically Endangered” category by the IUCN. The Australian Species Profile and Threats Database or SPRAT has listed this species as “endangered”. Their habitation areas in Epping Forest National Park and Richard Underwood Nature Refuge have been protected by a special predator proof fence to keep the remaining Northern Hairy Nosed Wombat population safe.????

Find out some fascinating facts about these mammals:

Here are some pictures of these mammals. 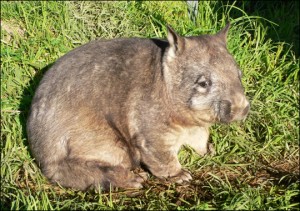 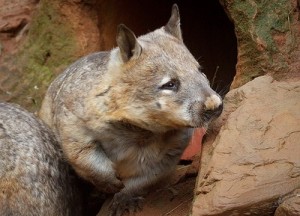