Fairy Penguin is the smallest member of the family of Penguins primarily found in the southern parts of Australia and New Zealand. This cute looking Penguin has multiple species and known by different names like Little Blue Penguins. These Penguins are among the major tourist attractions in the places they are found and people are in awe of their beauty as they glide along the coastal areas. They are distinguished by their typical bluish hue and white under color and look wonderful when they move around noisily in clusters.

These creatures can be easily identified, as they are the smallest of creatures in the species of Penguins in an attractive shade. Some of their physical attributes are:

The mammals have a nice blue shade on their upper body or feathers and a contrast is being provided by the shade of white under those feathers comprising the underbelly. They have dark black-gray colored beaks along with pink feet covering black soles. Shades are lighter when they are young.

They have incredibly short height, growing up to around 12 inches tall in their entire lifetime. Their approximate length of the beak is almost 3 to 3.5 cm and their age determines other measurements of their physical appearance. 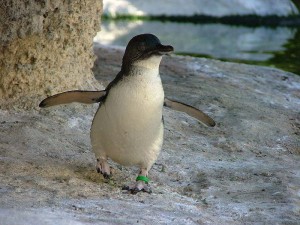 They have taut and small feathers that have an amazing waterproofing quality made possible by the presence of oil glands in the tail. 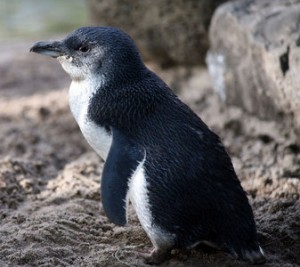 They are highly vocal and they have a way of communicating via sounds of various kinds. An extensive range of sound emitted by the creature helps them mate, seek protection and play. As mating season approaches, they recognize their partners and call for them via different sounds.Princeton

They are fairly distributed mainly on the southern fringes of Australia, New Zealand, Chatham Islands and Tasmania.

This family of Penguins differs from other species by the way of living in tropical as well as sub Antarctic regions. These creatures make burrows underground which again have a pretty stable temperature around 25 to 30 degree Celsius. These burrows are adjacent to the sea or any other water body. They generally form colonies that are scattered around place where they are dominant. 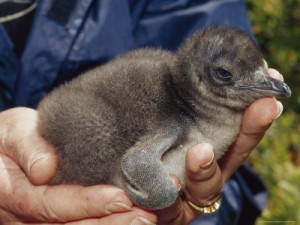 Among the predators at sea, killer whales, sharks and furs are common, while they are preyed upon by massive Gulls and Sea Eagles on land. New Zealand Fur Seals are a common danger apart from foxes, snakes, feral cats and lizards.

Fairy Penguins have quite a number of adaptive features.

Breeding season of these Penguins is considered to be the shortest as compared with the other Penguins. It can breed all through the year for a period of 45 to 50 days. 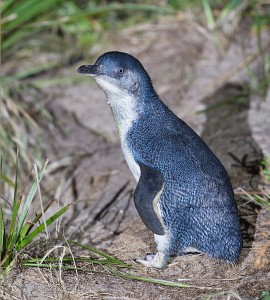 They have a distinct pattern and season of breeding, when they meet at the breeding colonies. Maturity age of the male Fairy Penguin is around 3 years and female is 2 years approximately. Eggs are generally laid in the months following September till November and that go through an incubation period of around 40 days, in which the males also participate.

These Penguins are serial monogamous creatures. They are very loyal to their counterparts during the whole season of breeding and as soon as it gets over, they look for other partners. When the little Penguins are born, they are looked after for almost a month and then allowed to roam free and hunt for their own food.

Families of these creatures can be traced all through New Zealand and southern Australia. They have their breeding range extended across Western Australia comprising the Shoalwater Island group towards the southern coastal region till the eastern sides including South Solitary Islands.

In New Zealand, these creatures can be spotted along the shores of Stewart Islands and Chatham. They breed in the coastal regions that possess no threat from mammalian predators for safe delivery and nurturing of the young ones. They are known to return back to the same locations every year for breeding. 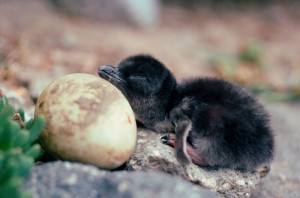 The average lifespan of the creature is 6 to 7 years but they have been recorded to live longer when captivated.

White-flippered Penguin may be termed as a sub species of the Fairy Penguin.

According to IUCN reports this species of Penguins are listed as ‘least concerned’ ones.

Requisites for petting them:

Housing: As Fairy Penguins are sociable, they can coexist with humans at home. They even adapt to the surroundings really fast so housing them won’t be a problem. For this, a water body or a pool having fresh water is essential as they will spend considerable time in it.

Food: They can be fed with small fishes fresh from the stream.

Caring: It is advised to protect them from excess heat, cold and snow, so don’t forget them outside! In case they fall sick, it would be advised to consult a professional. 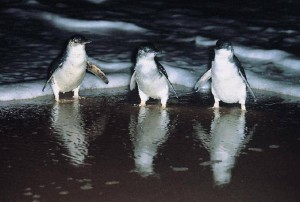 One reply on “Fairy Penguin”

can you tell me what ecosystem fairy penguins live in