Body: They have a huge broad head with a snout that is pointed in nature. The snout however might be flat or upturned sometimes. These seals have flippers in the front. The hind flippers are short compared to their huge body. Their limbs are in the form of digits which have fleshy tips. Half of their body is covered with coarse hair that spreads out sporadically. The male seals have heavier muscles on their necks and chests compared to their female counterparts. 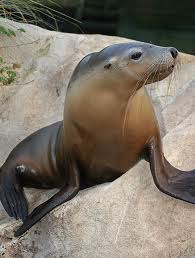 Fur Color: The adult male seals are generally dark grey to brown with an even darker mane on their necks. The females once they are adult develop light brown to silver grey fur. The throat and chest is of light creamy-yellow color and the belly portion has a darker chocolate brownish hue. Their front flippers are either black or dark brown in color. The newborn pups are either black or gray on the back with yellowish or light brown fur on the belly after moulting.

Australian fur seals are usually found on rocky and sandy beaches on small islands. On the mainland they use reefs and rock platforms when resting or breeding. When in water they usually stay in and around the coastal waters. 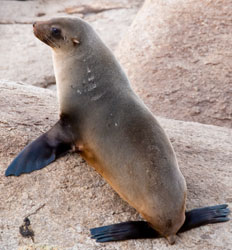 The Australian fur seal have certain adaptive features which helps it to survive in the wild.

The mating season of this seal is between October and January.

The females begin to breed when they are about 3 to 6 years of age. Male seals on the other hand participate in the breeding process when they over 6 years of age. The males are the first to arrive at the breeding sites and fight out with other males to defend their territory. The male seals try to show their strength by stretching their body to the full, pushing and shoving other males aside. They also roar and growl giving out threats which often leads to dangerous battles between the males.

Once pregnant, the female seals undergo a gestation period of 12 months, during which 3 months consists of ‘delayed implantation’. This is the period when the fertilized egg remains undeveloped for a certain period of time before it resumes development and growth.

The females give birth to a single pup that is fed on a diet of thick rick milk. Offsprings are born in the months of November and December. Once the pups are born, the mothers leave them at the shore for two to three days and goes to feed in the ocean. They come back again and start feeding their pups for another 4 to 5 months.  They wean after 10-11 months, however some females suckle the offsprings for more than 4 years. Once the female seal gives birth, it continues to be in a state of lactation for the rest of her life. Six to ten days after giving birth the females start mating again and gives birth to another baby after a year.

The male seals live up to the age of 19 years. Females on the other hand have a life span of 21 years.

Great white shark is the most prominent predator of these seals. Killer whales and other species of sharks also attempt to prey on them. When on land, they are often attacked by black-backed jackals and brown hyenas. 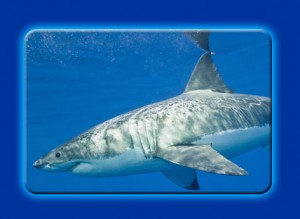 There are some interesting facts about these near extinct seal species which you would definitely like to know.

Here are a few images of this rare variety of seal, have a look at them. 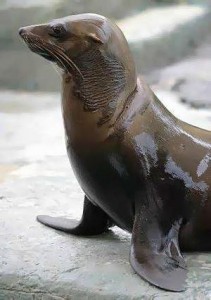 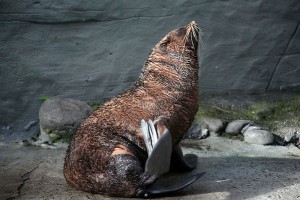